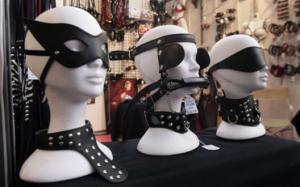 Scandal in Liege a teenager served as bait for “special sessions” in their sadomasochistic dungeon
Three aged 40 to 70 years of Liege were sentenced Tuesday by the Court of Appeal of Liège for their illegal activities in connection with the holding of a dungeon sadomasochism. An underage girl age was recruited to perform any activities similar to prostitution. Sentences ranging from eight months to 12 months suspended sentence were pronounced against the followers and the tenant.

November 4, 2014 2:45 p.m.
enlarge
decrease
ImprimerRéagir (6)
The event took place in the “Devil’s Den,” a sadomasochistic options at Vivegnis (Liège). The followers of this sexual practice were involved in organized sessions on average four times per month. Participation was conditional on an entry fee and followers could engage in extreme bids. In 2009, a young woman of 17 years had exercised his fantasies and there was used as bait to recruit customers for special sessions. Advertising was done in order to attract followers to this “queen of domination.” This young woman, camping character of “Lucifer” was the center of a sexual initiation ceremony. The defendants were acquitted at trial. But the court reformed the decision noting that they were aware they had recruited an underage girl to engage in repeated sessions and paid sadomasochism.