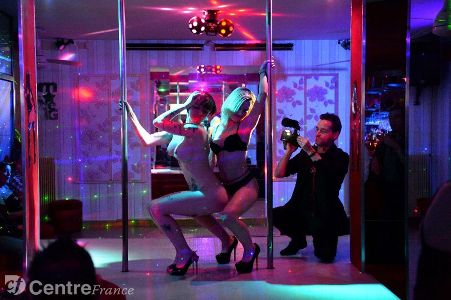 Sex is a pretext for a thousand inventions. Everything that surrounds it may be vulgar or refined, funny or serious, boring or exciting. Libertine practices are there to spice up a life libertine couple or single; push the limits and go beyond what morality permits. Check out these practices that transcend cultures and borders.

Being libertine libertine practices not only break the rules erected by morals. Each libertine is entitled to his own ethics and a code of conduct that will make him prefer certain sexual practices with others. All is the fact that a libertine, necessarily, will do what he wants, especially in matters of sexuality.

Said libertine practices are therefore those that come out of the row. Those persons’ well it right “would not do. They have existed for centuries, they come out of the shadows and make fantasize more than one. And yet, they are still practiced by a minority. A review of these “sexual deviance” and their meaning.

Sadomasochism: Sade inspired the first, Sacher-Masoch the latter. Sadism and masochism, but are often together. They are even inseparable. Pain is necessarily find a partner to suffer. The libertine game would be much more than just sexual entertainment. Some see a death wish, suffering unknowingly being related to the death. The fantasy of the primal scene is also involved, as psychoanalysts. The children saw their parents making love associate acts came from the father to sadism. And reproduce later.

Nevertheless, it is essential to remember that sadomasochism is not prohibited by law when there is between consenting adults. This is most often a role play where everyone thrives in a function, master or disciple, and can spice up the sex life.

Swapping: We talk a lot, but the practice remains marginal 3.6% of men and 1.7% of women, according to the survey “Context of sexuality in France” conducted in 2007, say they have attended a swingers club. But swapping is not limited to this, and practice at home is very common, especially through the Internet.

Because swapping is still a very private libertine practice, even taboo. Everyone sees risk-taking for the couple. However, followers of swinging often engage them to strengthen the complicity of the couple and avoid infidelities. Share more fun without looking for other serious relationships, basically.

Because the risk is there: a little too much passion in the relationship, and one of the protagonists of the couple can quickly get scared. And lose confidence in the spouse or (e). The key is therefore not to involve a stranger who could raise doubts in the couple.

Nudism: Nudism is not just a libertine practice: it is primarily a lifestyle. One way to ensure a healthy body and mind. If, for some, this practice has exhibitionism tunes, it nevertheless allowed to release the taboos eroticism of the body. In northern European countries, nudism is still very popular, as in Scandinavia and Denmark, where only two beaches are not nudists.

In other countries where nudity is tolerated, leading a naked political or militant action has also become a way of asserting his opposition. While others, such as Spencer Tunick and wide-angle photos of naked crowds, using nudism as an expression of an art that never ceases to be controversial.

Homosexuality: If, for a minority, homosexuality is the main and only sexuality, for a majority, go further in search of sexual pleasure. How many people have been tried without ever having tried it? So much. Others have taken the plunge so, a couple or alone, satiating and what can be called a libertine game. Because for many heterosexuals, discover the joys of sex between men or between women is the best way to compare and satisfy his curiosity. In short, stop the questions we ask and the doubts that assail us. For many heterosexuals, homosexuality is a temptation that is chosen deliberately to answer or not.

Seeing is, in this case, have more fun at the touch. Discover what is hidden, is the only receptacle know what is shown is a real delight for the voyeur. All this must be done for the sake of mutual respect, voyeur can quickly become a punishment for the one who does not want to violate his privacy.

Be seen, admired or secretly spying is a challenge for the person who exposes himself. To put forward, wearing clothes that hide nothing is a game that requires knowing how to play with yourself. Playing his image, desires that can arouse. Play in short, with inquisitive eyes of a voyeur.