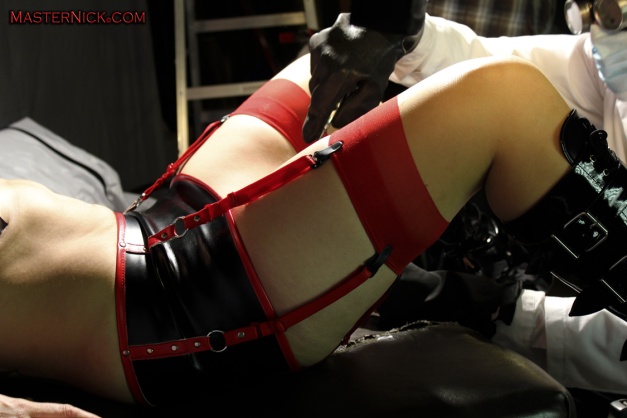 Long considered a perversion, pathological deviance or even a disease, fetishism has now become a fad; but are actually his followers? Really means that word often used indiscriminately? Where he originated? Let the point.

Originally, the term “fetish” (the Portuguese “feitiço” artificial, spell, word derived from the Latin “facticius” fate) denotes a religious practice of worshiping a fetish, an object of worship. But sexology and in common parlance, the word has taken a whole new meaning …

A short history of fetish

Fetish This is between the nineteenth and twentieth century sexology takes the word then refers to being sexually aroused by an object, material or a particular situation. The term is used for the first time by a French psychologist Alfred Binet in 1887. At the time regarded as a pathological perversion, fetishism, according to him, originated an association made between an inanimate object and a trauma occurred childhood.
It is then Magnus Hirschfeld, sexologist, which will first highlight the fact that we all have, to varying degrees of fetishism as a preference, even if they can not be systematically categorised perversions.
In 1927, Freud published his famous Fetichismus, and so introduced the term in everyday language. For him, fetishism is closely linked to the fear of castration and so when the child discovers that his mother has no penis. Note that Freud here totally exclude women from his theory …
Then come the report Kinsey, the starting point of sexual liberation, in which the eponymous sexologist differentiates fetishism and paraphilia (or sexual perversion).

Fetishism is no longer considered a dangerous and pathological deviance. This is no longer the excitement caused by the fetish that is problematic, but the suffering and difficulties in everyday life it can cause.
So to summarize, how to set the fetishism? Psychiatry used to diagnose the two main axes. Thus says the one who Fetish:

Fantasy about an unusual subject for at least 6 months;
Sees its social and / or professional disturbed by this attraction.
But beware: the treatment is not mandatory unless the person suffers. The therapist will be able to propose two alternatives: cognitive therapy that will influence the behavior of the patient, or psychotherapy that will attempt to highlight the original trauma.

Today, the middle fetish and sadomasochism (SM) tend to overlap and there are many evenings where fans meet and compete in originality in choosing their outfits. The regulars of the scene called “fetish” and familiar with the famous Night Elastic organised once a month to Lechapelais Caves in Paris la Nuit Demonia, meeting place of the most unbridled fetish or the Fetish Weekend brings together each year in Montreal, renowned artists and passionate anonymous.